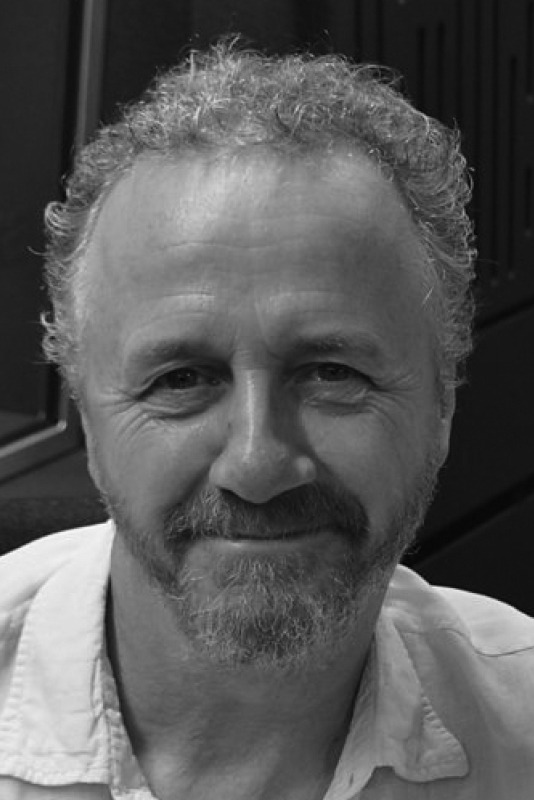 Composer, lyricist, arranger and record producer Steve has worked with some of the biggest names in British television, radio and theatre for over 30 years.  Numerous TV shows include SPITTING IMAGE, RORY BREMNER, THEY THINK IT’S ALL OVER, LENNY HENRY GOES TO TOWN, BRIAN CONLEY SHOW, SM;TV (for which he wrote the classic WONKY DONKEY theme), DEAD RINGERS, SATURDAY NIGHT TAKEAWAY, NEW TRICKS, MY PARENTS ARE ALIENS, NOT GOING OUT, MY DAD’S THE PRIME MINISTER, SCRAMBLED and many others.

He has worked extensively with STEVE COOGAN including playing the role of Glen Ponder in the ALAN PARTRIDGE KNOWING ME, KNOWING YOU series, acting as MD and composer on THE TONY FERRINO PHENOMENON (BBC) and also completing 2 UK tours as Coogan’s musical director.

Music has often been combined with stints as a performer in TV as well as on radio including IN ONE EAR (R4), BRUNCH (CAPITAL RADIO), JAMMIN’ and THE LEE MACK SHOW (R2) Steve has had a long term working friendship with HARRY HILL completing several UK tours and providing all music on TV BURP, THE ALL NEW HARRY HILL SHOW (ITV) and recently TEATIME! for SKY. He recently composed the songs and score on HARRY HILL THE MOVIE.

Both are currently under commission to write a new, large-scale musical.  In the theatre he has written music and lyrics for the musicals SPEND SPEND SPEND (Evening Standard and Critics’ Circle Awards for Best New Musical), the X Factor musical I CAN’T SING! at the London Palladium and IT’S A WONDERFUL LIFE, a collaboration with Francis Matthews (New Wolsey, Ipswich).

Steve produced the triple platinum album SEASONS OF MY SOUL by RUMER for ATLANTIC records, followed by the acclaimed MOBO winning artist LAURA MVULA debut SING TO THE MOON for RCA, having discovered both artistes. A recent production debut with American singer SARAH WALK is due for release on ONE LITTLE INDIAN.